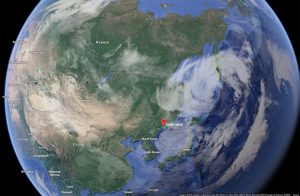 Vladivostok is the eastern terminus of the Trans-Siberian Railway and a major Pacific port, located on the Muravyov-Amursky Peninsula and washed by the Sea of Japan. Surrounded by Amursky Gulf from the west, Ussuriysky Gulf from the east and Golden Horn Bay along the south Vladivostok is the home of the Russian Pacific Fleet. The city is separated from its souternmost part, the Russkiy island by Eastern Bosphorous strait and comprises a couple of smaller sparsely populated islands – Reineke and Popov. 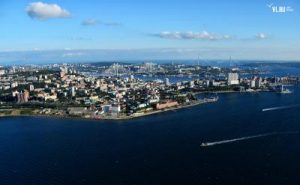 Vladivostok is the capital of Primorsky Territory. This contemporary city is changing rapidly: over the last decade, a number of unique constructions and institutions have appeared in Vladivostok, including Russky and Golden Horn bridges, a huge university campus, and the Primorsky Opera Theatre. The city hosts events of an international level, including the APEC Summit, and the Eastern Economic Forum.

The Primorsky Scientific Centre of the Far Eastern Branch of the Russian Academy of Sciences, dozens of institutions of higher education, R&D organizations, and the largest and most modern university campus in Russia are located here.

The fortress constructed in Vladivostok at the end of the 19th/early 20th century – is one of the most popular tourist destinations in the city. Structures with a complex system of labyrinths, underground passes, deep tunnels, and casemates are open for visitors.

The Primorsky Aquarium is one of the World largest scientific and educational complex Its total interior space exceeds 37,000 m2 and has five research and two production laboratories, two laboratories for schoolchildren that afford ground for fundamental and applied research, and educational activities.

Tiger Day has been held in Vladivostok since 2000. This is an environmental event when people dressed like tigers march along the central streets of the city. The main purpose of this annual initiative is to draw attention of society to the challenge of preserving the population of the Amur tiger (Siberian tiger) that inhabits the Primorsky and Khabarovsk Territories.